Here’s the full cover for Apricots and Wolfsbane! Thank you to Kate Cowan at Broken Arrow Designs for bringing part of my imagination to life.

Pre-order the paperback from FillesVertesPublishing 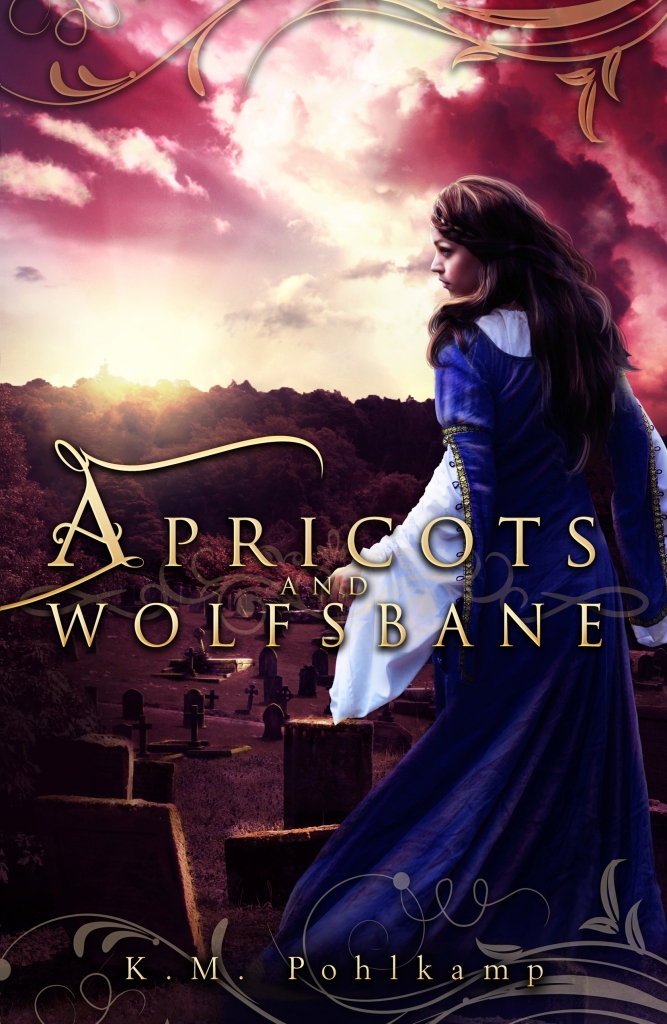 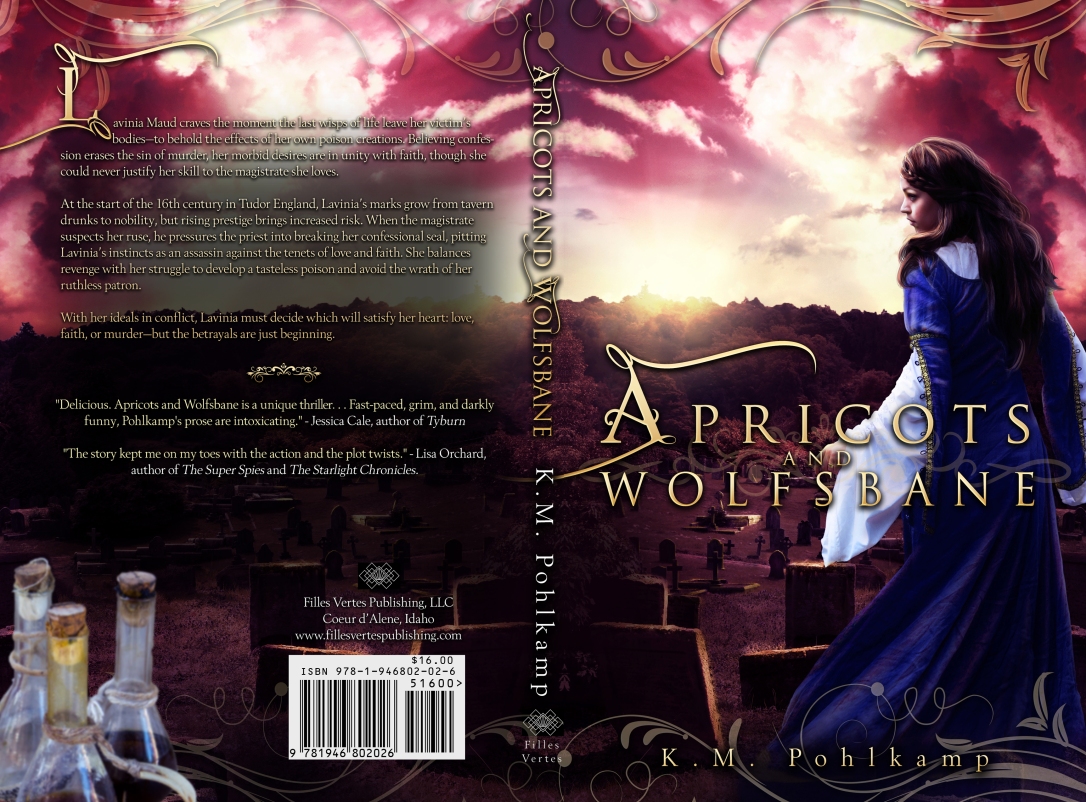 Lavinia Maud craves the moment the last wisps of life leave her victim’s bodies—to behold the effects of her own poison creations. Believing confession erases the sin of murder, her morbid desires are in unity with faith, though she could never justify her skill to the magistrate she loves.

At the start of the 16th century in Tudor England, Lavinia’s marks grow from tavern drunks to nobility, but rising prestige brings increased risk. When the magistrate suspects her ruse, he pressures the priest into breaking her confessional seal, pitting Lavinia’s instincts as an assassin against the tenets of love and faith. She balances revenge with her struggle to develop a tasteless poison and avoid the wrath of her ruthless patron.

With her ideals in conflict, Lavinia must decide which will satisfy her heart: love, faith, or murder—but the betrayals are just beginning.

Praise for Apricots and Wolfsbane:

“This is not my usual genre, however, I enjoyed the novel immensely. The story kept me on my toes with the action and the plot twists.”

—Lisa Orchard author of The Super Spies and The Starlight Chronicles.

“Although rich in period detail, K.M. Pohlkamp’s Apricots and Wolfsbane reads like a modern-day psychological thriller. Fans of the Dexter series will love Lavinia, an anti-hero the reader simultaneously gravitates toward and cringes away from. In some scenes, Lavinia is so sympathetic, my palms sweat with anticipation, hoping Lavinia could escape every predicament she found herself in. In other scenes, my stomach turned in revulsion at the lengths the poisoner went through while stalking and attempting to murder her prey. This is a perfect book club novel—with enough interest and intrigue to keep everyone turning the pages and enough depth for a lively discussion afterwards. I can’t wait for the sequel!”

—Megan Cassidy, author of Always Jessie, The Misadventures of Marvin Miller, and Smothered

Pre-order the paperback from FillesVertesPublishing