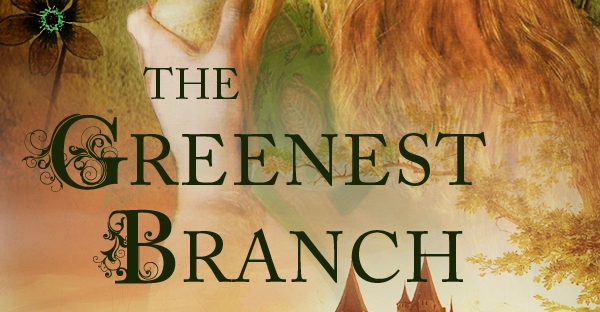 I’m thrilled to host P.K. Adams’ discussion of the inspiration behind her book, The Greenest Branch, which follows the story of Germany’s first female physician.

Synopsis of The Greenest Branch

In The Greenest Branch the medieval era comes vividly to life in all its romanticism and splendor, but the societal strictures that prevent women from being able to access education and live independent lives are also on display.

The year is 1115, and Germany is torn apart by a conflict between the Emperor and the Pope over who should have the right to appoint bishops and control the empire’s vast estates. In that atmosphere, young Hildegard is sent to the Abbey of St. Disibod in the Rhineland as her parents’ gift to the Church in accordance with a custom known as the tithe.

Hildegard has a deep love of nature and a knowledge of herbal healing that might make more than one Church official suspicious of witchery, and she hopes to purse medical studies at St. Disibod. But no sooner does she settle into her new life than she finds out that as a girl she will not be allowed to attend the monastic school or use the abbey’s library; instead, she must stay at the women’s convent, isolated from the rest of the community and from the town. It might seem that Hildegard’s dreams have quickly come to an end. Yet she refuses to be sidelined.

Against fierce opposition from Prior Helenger, the hostile head of the monks’ cloister, she finds another way to learn – by securing an apprenticeship with Brother Wigbert who runs the infirmary and is in dire need of a capable assistant. Under his supervision, she begins to train as the abbey’s first female physician and makes rapid progress. When Hildegard’s reputation starts to spread throughout the Rhineland, Helenger’s persecution escalates as he fears losing control over the women’s community. But that is not the only challenge she must grapple with. She has also developed feelings for Volmar, a fellow Benedictine novice, that force Hildegard to re-examine the fundamental assumptions she has made about her life. Is the practice of medicine within the monastic confines her true calling, or is a quiet existence of domestic contentment more desirable?

With the pressures mounting and threatening to derail her carefully-laid plans, Hildegard becomes locked in a struggle that will either earn her an unprecedented freedom or relegate her to irrevocable oblivion.

The Greenest Branch is the first in a two-book series based on the true story of Hildegard of Bingen, Germany’s first female physician and one of the few women to attain that position in medieval Europe. Set against the backdrop of the lush oak forests and sparkling rivers of the Rhineland, it is a tale of courage, strength, sacrifice, and love that will appeal to fans of Ken Follett, Umberto Eco, Elizabeth Chadwick, Margaret Frazer, Bernard Cornwell, Conn Iggulden, and to anyone who enjoys strong female protagonists in historical fiction.

The Inspiration Behind The Greenest Branch, an account of Germany’s First Female Physician

I first heard about Hildegard of Bingen (c.1098-1178) in a history of music class in college. Her chants are sublime, and as I fell in love with them I started to read more about their composer – the first woman in the Western world to do so.

It turns out Hildegard did much more than that – she was a pioneer in many fields thus far reserved as a man’s domain. One such field was medicine. She was a skilled herbalist who applied treatments in a way most medieval physicians did not, namely by observing the outcomes of the cures rather than relying on ancient texts for guidance, irrespective of whether they worked or not.

As I researched Hildegard’s life, two things began to puzzle me in the (admittedly sparse) historical accounts. One is that she was enclosed at a young age (possibly as young as eight or ten) at a very strict women’s convent, where the residents lived in enforced poverty and isolation from the world. In such a place, historians tell us, she lived for the next three decades.

This, to me, is hard to believe. The psychological and intellectual toll such privations would exact on a child would be extremely damaging. Yet Hildegard re-emerges in contemporary chronicles, around the age of forty, as an accomplished physician, writer, and composer, and a diligent student of nature. She is already well-known in the Rhineland, and her theological writings are about to catch the attention of Pope Eugenius III. She is also preparing to leave the abbey of St. Disibod, where she had been enclosed, and start her own foundation.

Clearly, something happened during those decades that allowed her curiosity to be fostered, her intellect to develop, and her creativity to flourish. There is no reliable record of her early life beyond the few basic facts of her provenance and enclosure, and that is what inspired me to imagine what that life may have been like.

The Greenest Branch is a fictionalized account of the early life of Hildegard of Bingen, but it is rooted in what we know about her and the world she inhabited. It is a world, needless to say, that is not conducive to female empowerment. That she managed to accomplish so much is a testament to her fierce intelligence, strength, and determination.

The second book in the series, titled The Column of Burning Spices, traces the second half of Hildegard’s long and eventful life. It will be released in early 2019.

Order the The Greenest Branch on Amazon US  and Amazon UK

Learn more about the book from GoodReads

“Hauntingly beautiful and meticulously researched. P.K. Adams writes about the Middle Ages like someone who has lived there. Hildegard’s story is inspiring, and her voice feels so real that it’s almost spooky.” – Jessica Cale, author of Tyburn. 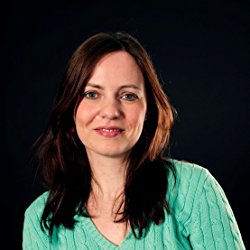 About The Author
P.K. Adams is a Boston-based historical fiction author, whose debut novel The Greenest Branch is the first in a two-book series based on the life of Hildegard of Bingen, Germany’s first female physician. She has a bachelor’s degree from Columbia and a master’s degree in European Studies from Yale. When not reading or writing, she can be found hiking, doing yoga, and drinking tea (though usually not at the same time).

Learn more about P.K. Adams at her website and @pk_adams.